A clear and bold header

Annie Delgado, Chief Compliance Officer at Upstart, has been actively engaged in working with regulators on fair lending practices and shares how Upstart works to prevent bias in its AI algorithms. 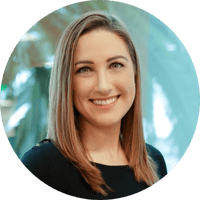 As Upstart’s Chief Compliance Officer, Annie has built a data-driven, technology-based compliance program with particular focus on understanding and managing regulatory risks associated with the use of non-traditional credit modeling techniques and underwriting variables. Throughout her career in mortgage and consumer lending, she has managed and scaled teams spanning multiple functions including Compliance, Operations, and Software Applications. She has designed and implemented automated solutions to regulatory change such as leading the implementation of the TILA-RESPA Integrated Disclosure Rule during her time at Opes Advisors. Annie has a Bachelor’s Degree from Santa Clara University.

Our mission is to enable effortless credit based on true risk. Upstart is a leading artificial intelligence (AI) lending platform designed to improve access to affordable credit while reducing the risk and costs of lending for our bank partners. By leveraging Upstart's AI platform, Upstart-powered banks can offer higher approval rates and experience lower loss rates, while simultaneously delivering the exceptional digital-first lending experience their customers demand.

“If you have a system where only half the people are able to borrow it, that's a broken system, because everybody should be able to have access to that money so that they can achieve their dreams.”

“Don't cut the ends off both ends of the roast.”

Access to credit is the key to opportunity and upward mobility for millions of Americans, yet less than half of Americans have access to prime credit today. AI and machine learning are helping lenders identify creditworthy borrowers without increasing risk, but some have questions about how these new technologies apply to Fair Lending laws.

Annie Delgado, Chief Compliance Officer at Upstart, has been actively engaged in working with regulators on fair lending practices and shares how Upstart works to prevent bias in its AI algorithms.

The lending space, unfortunately, is riddled with inefficiencies, causing many creditworthy borrowers to be left out — something Delgado says isn’t being discussed publicly enough.

Think of how many qualified people could be qualifying if only the inefficiencies were stomped out. Without loans, many miss out on many of life’s necessities, like homeownership, employment, healthcare and education.

Delgado explains, “If you have a system where only half the people are able to borrow it, that's a broken system, because everybody should be able to have access to that money so that they can achieve their dreams. And that's really the problem that we're trying to solve by unlocking some of these innovations like AI and lending.”

With such a large issue, why haven’t measures been taken already from government regulators? It comes down to how complicated the issue really is — “Regulators and policymakers have to be looking at it from all different angles, striking the balance, and having all those conversations simultaneously,” Delgado says.

If the government stepped in and simply allowed everyone to get a loan, there’d be no more inequality, but a substantial number of people who now can’t afford the loans they’ve been given.

AI can help solve these complex problems the lending space faces when it comes to bias, but regulators have to be brought into the conversation to understand why AI makes a difference.

Beyond that, once all the information is collected, a human brain — with all its unconscious biases — filters that information into a decision. With AI, that human component that collects the information can be viewed and corrected for bias:

The issue of human discretion

Unfortunately, according to Delgado, introducing human discretion gives way to even more opportunities for bias:

“If you have it done by an AI model making a statistical assessment based on actual real data and mathematical approaches, then what you get is a consistently applied compensating factor,” Delgado explains.

As the lending laws are written right now, Annie isn’t very concerned with changing the language — their intention is to achieve exactly what we want: To avoid discrimination and unfair credit decisions. Where improvement can be made, however, is clarification of how those laws can apply to existing and newer technologies.

If we, as a community, want to fix lending for historically underserved communities, we must rethink our idea of fairness. AI makes this possible.